Japan says it will start releasing radioactive water from the destroyed Fukushima nuclear center into the sea beginning in two years.

The contaminated water is to be treated before it is released into the Pacific Ocean.

The government announced the plan Tuesday and said it had been approved by cabinet ministers. The decision had long been expected, but faced delays linked to safety concerns and public opposition.

Japan has said the water release is necessary to move forward with cleanup efforts at the Fukushima nuclear center. Three reactors there suffered meltdowns after the 2011 earthquake and huge ocean wave destroyed the plant's cooling systems. The disaster forced 160,000 people to flee contaminated areas around the plant.

Tokyo Electric Power Company, or TEPCO, operates the nuclear center. It is carrying out the cleanup. TEPCO said Fukushima will run out of all its storage space for radioactive water by late 2022.

Japanese Prime Minister Yoshihide Suga said the government had decided the ocean release was the most realistic way to solve the water storage problem. Other methods considered included injecting the water into the ground or converting it to steam or hydrogen and then releasing it into the atmosphere. 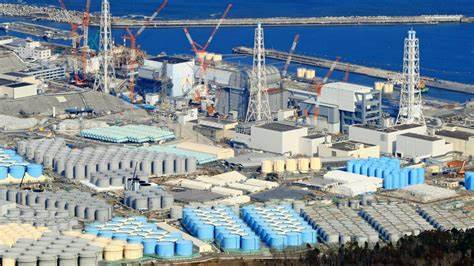 Fishermen and many people living in the area strongly oppose the plan. They have said releasing the water into the ocean could cause widespread damage to Fukushima's fishing and agriculture industries.

The head of the International Atomic Energy Agency (IAEA), Rafael Mariano Grossi, said in a video message the ocean release was in line with international practice. He added, however, that "the large amount of water at the Fukushima plant makes it a unique and complex case."

In South Korea, the country's minister for Government Policy Coordination, said the plan was "absolutely unacceptable." He urged Japan to provide more information about how the water will be treated and how the plan's safety will be verified.