A man who made millions from selling fake wine bottles to collectors was expelled from the United States last week.

U.S. Customs and Immigration officials said the man, Rudy Kurniawan, was sent back to his home country of Indonesia.

Between 2004 and 2012, he made millions of dollars by putting low-cost wines from Napa Valley into fake bottles of expensive wines. The 44-year-old Indonesian did it all from his home outside of Los Angeles, California.

Kurniawan came to the U.S. on a student visa in the 1990s. He unsuccessfully applied for asylum protection and was ordered to leave the country in 2003. But he stayed illegally.

Kurniawan's family gained their wealth operating a beer supply business in Indonesia. He claimed to be a buyer and seller of rare wines and made millions of dollars at auctions. Some collectors called him "Dr. Conti" for his love of a French Burgundy wine, Domaine de la Romanée-Conti. 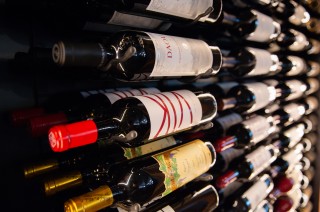 In one auction in 2006, Kurniawan sold a record $24.7 million of wine. His plans started to fall apart when some of his wines were found to be fakes.

Christie's is a company that auctions rare and expensive items. In 2007, Christie's withdrew a bottle that Kurniawan said was a 1982 Chateau Le Pin. The company said it was a fake.

In 2008, his $600,000-collection of Domaine Ponsot wine was also pulled from an auction. Kurniawan claimed that one bottle was made in 1929. But the winemaker did not begin selling that kind of wine until 1934.

When the FBI searched his home in 2012, law enforcement officials found hundreds of bottles, corks and labels.

At Kurniawan's trial, a wine expert testified that he collected 19,000 fake wine labels from 27 of the world's best wines. And Billionaire William Koch, a wine collector, said he paid Kurniawan $2.1 million for 219 fake bottles of wine.

Government lawyers said he might have sold as many as 12,000 fake bottles of wine. Many are still in people's collections.

With money from the fraud, Kurniawan bought expensive cars including a Lamborghini and paid for clothes and other living expenses. The government took $20 million worth of his property. And the court also ordered Kurniawan to return $28.4 million to seven victims.

He was found guilty of fraud in 2013 and spent seven years in prison. Last week, U.S. immigration officials said Kurniawan is a "public safety threat" and sent him back to Indonesia.