American health officials called for a "pause" in the use of the COVID-19 vaccine made by drug maker Johnson & Johnson, known as J&J. They said six people developed rare cases of blood system blockages, known as blood clots, after receiving the vaccine.

The Centers for Disease Control and Prevention (CDC) and the Food and Drug Administration (FDA) released a joint statement Tuesday saying they are studying the cases.

The agencies said six women, between the ages of 18 and 48, had blood clots from six to 13 days after vaccination. The FDA had approved the J&J vaccine for emergency use in late February. So far, nearly 7 million shots have been given out, most with few or no side effects. 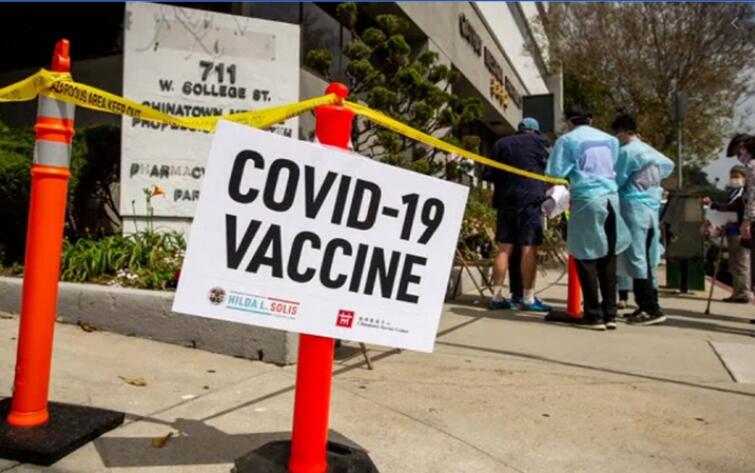 Health officials said anyone who has pain in their head, legs, in the middle part of their body or trouble breathing after receiving the J&J shot should contact their doctor. They also warned that a usual treatment for blood clots, the drug heparin, might be dangerous. They advised that healthcare workers should use different treatments for side effects from the vaccine.

"I'd like to stress these events appear to be extremely rare. However, COVID-19 vaccine safety is a top priority for the federal government," said FDA Acting Commissioner Janet Woodcock at a news conference on Tuesday. She expected the pause to last for a few days.

The U.S. health agencies said their action was not an order to stop using the J&J vaccine. They said healthcare providers and patients could decide whether or not to receive the vaccine.

However, several American states, including New York and Minnesota, said they would immediately stop using the vaccine until further study is completed.

Until now, concern about rare blood clots has centered on the COVID-19 vaccine developed by AstraZeneca and Britain's University of Oxford. Last week, the European Medicines Agency (EMA) said it has found a "possible link" between the AstraZeneca vaccine and rare cases of blood clots among women under the age of 60. The AstraZeneca vaccine has been approved for emergency use in over 100 countries including Britain and the European Union, but not in the U.S.

In a news release, Johnson & Johnson said it was aware of the reports of blood clots, but that no link to its vaccine had been established. The company added it would delay the rollout of its vaccine in Europe.

Both the J&J and AstraZeneca vaccines are made using a modified cold virus to help the human body develop proteins to fight the coronavirus. Two other vaccines, Sputnik V from Russia's Gamaleya Research Institute and China's shot from CanSino Biologics use the same technology. These vaccines do not require cold storage, making them easier to use in areas with limited resources.

The reports of blood clots are a second incident of bad news for Johnson & Johnson. In late March, millions of shots had to be thrown out after a manufacturing mistake was found at a factory in Baltimore, Maryland. Johnson & Johnson then took over the production in hopes of meeting its commitment to provide the United States with about 100 million shots by the end of May.